Neeli is a Pakistani actress who has appeared in both Urdu and Punjabi cinema. Her hometown is Hyderabad. Neeli, one of Pakistan's most well-known actresses, was born in the city of Hyderabad. Neelofar is her true name. She was more interested in athletics than in her schoolwork. Her father was a feudal ruler from Sindh. One of their family friends, director/producer Yunus Malik, offered Neeli a role in a Punjabi film. She agreed to play Akhri Jang in the film. Despite the fact that the film was a flop, it marked the start of her lengthy and illustrious career. , an actor, and director, was her first husband, although they subsequently divorced. Her given name, 'Neeli,' stems from her habit of wearing blue contact lenses.

Neeli appeared in only a few films, and even fewer of them were box office blockbusters. Producers were initially hesitant to sign her because she was too slender. Sangeeta, on the other hand, believed she was ideal for a supporting part in the Urdu film Kasam Honay Ki, starring Babra Sharif and Faisal. Following that film, Sajjad Gul cast her in Choron Ki Barat opposite Nadeem, which went on to become a huge success. After that, Sajjad Gul signed her to Haseena 420. After this success, she decided to take her film career more seriously and pursue this line as a career. After another big success, Madame Bavary, in 1988, she confirmed her stardom. Then there was Kalay Chor, in which she portrayed two characters. 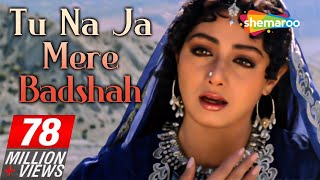 (1993), Mushkil (1995), Jeeva (1995), and Chief Saab (1995) are some of their collaborations (1996). Javed Sheikh made his directorial debut with Mushkil, a film about child labor. The press praised the picture, although box office receipts were just slightly over normal. Dil ho gaya hai tera deewana, sung by Amjad Bobby and starring Javed Sheikh and Neeli, was at the top of the music charts for several weeks. Neeli progressively departed the Pakistani film industry once it began to deteriorate in the early 2000s.