Sarbjit is an upcoming Biographical drama, picturizing the life of the Indian prisoner Sarbjit Singh. Directed by Omung Kapoor, from the fame of Mary Kom Click to look into! >> Read More... 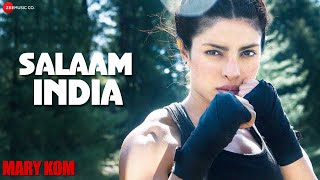 The film trails the unfortunate life of Sarbjit Singh as he gets mistaken for an Indian spy by the Pakistani's after drunkenly crossing the Indo-Pak border. Consequently, he is sentenced to capital punishment, but after being brutally assaulted by his inmates in prison, he dies in Jinnah Hospital- a Pakistani hospital in Lahore.

Dalbir Kaur, played by Aishwarya Rai Bachchan, narrates the tale of her doomed brother for whom she fought for till the end.