, who is popular for his role in X-Men: The Last Stand Click to look into! >> Read More... 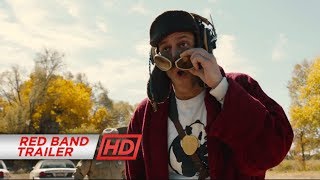 in significant roles. The story revolves around a Mr. Robert Langdon (Tom Hanks) who lands up in a hospital with no preceding memory of any event whatsoever.

His struggle is to stop a global massacre by following clues from Dante's "The Divine Comedy" with the help of Dr. Sienna Brooks (Felicity Jones). His search, in turn, takes him to an array of places like Florence and Venice, encountering crafty riddles and a display of classical art and secret passageways throughout his journey. Earlier set to release on December 18th, 2015, the dates are now changed to October 14th, 2016 in the United Kingdom and Ireland and October 28th in the United States. The movie is available in both 2D and 3D.